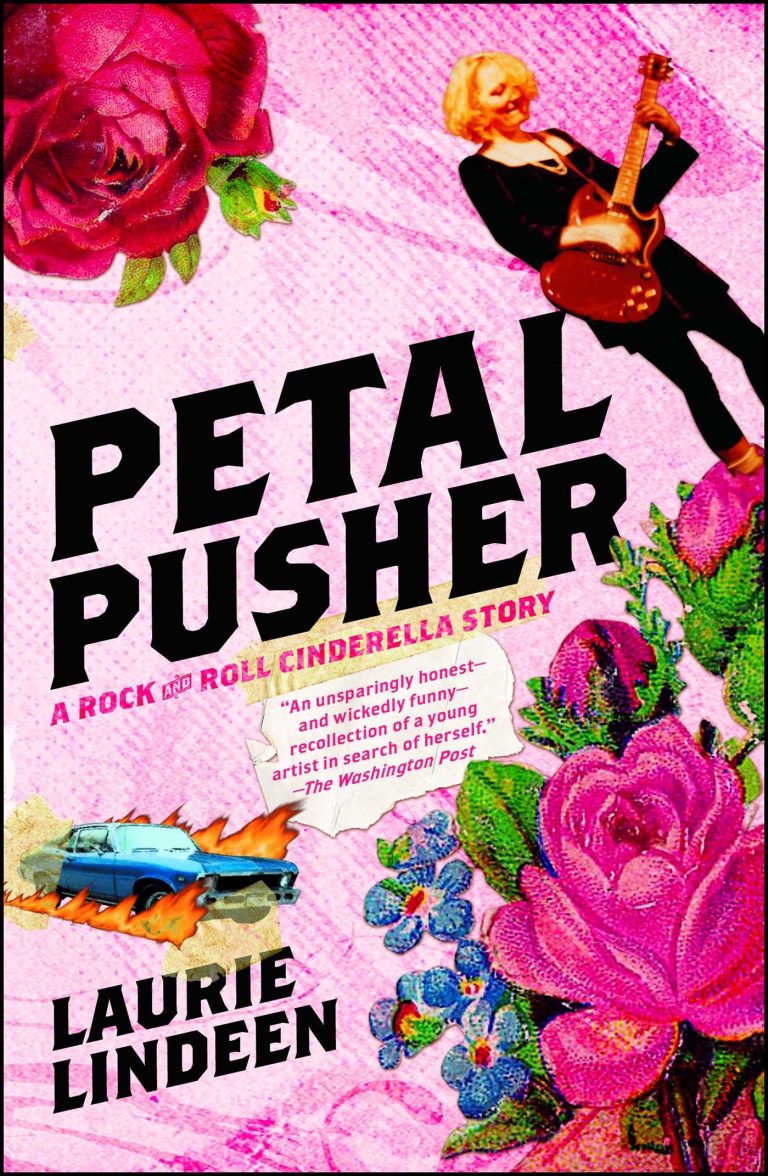 Set in the years between the meteoric launches of Madonna and Courtney Love, Petal Pusher takes readers on a stirring journey across rock and roll, from the big-haired 1980s to the grunge-filled 1990s, when Laurie Lindeen brought her all-girl band, Zuzu’s Petals, to compete in the indie rock arena.

Minneapolis in the eighties was a musical hotbed, the land of 10,000 lakes and 10,000 bands that gave birth to Prince, the Replacements, and Soul Asylum. For Laurie Lindeen it was the perfect place to launch her rock-and-roll dream. She moved to the city with her best friends Phyll (“Annie Oakley meets Patsy Cline”) and Coleen (“former cheerleader gone off the arty deep end”) to crash in decrepit apartments and coax punk rock from crappy used guitars. But unbeknownst to her friends, Laurie has a secret in her past — a diagnosis of multiple sclerosis that fuels her passion to make it big on the local, national, and international rock scene.

With inspiring determination, Laurie and her Zuzu’s Petals survive the many challenges of being underdogs in a man’s world. Then Laurie is thrown a curveball when she falls for Paul Westerberg of Replacements fame and reevaluates exactly what it means to “make it big.”

By turns hilarious and heartrending, Petal Pusher is a brilliant behind-the-scenes look at music on the front lines, and the awe-inspiring tale of one woman’s fight against disease and the disillusionment of life in the rock underground.