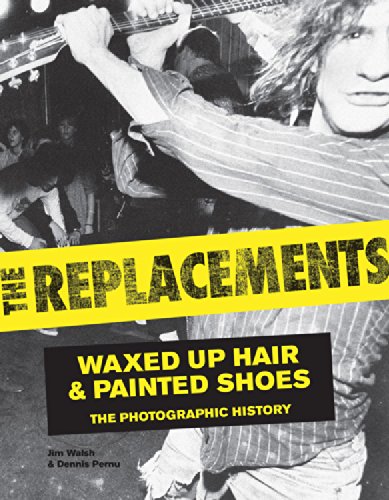 The Replacements were the darlings of 1980s rock critics and, by all accounts, would have been much more commercially successful if not for their penchant for self-sabotage. As a result, the legend of this late and great Minneapolis, Minnesota–based band has grown more since they disbanded in 1991 than it ever did during the ten-plus years of their career. Following the critical acclaim of Voyageur Press’ The Replacements: All Over but the Shouting: An Oral History (2007) comes this visual look back at the band that many have labeled the best of the 1980s. Gathering rare candid and performance photographs taken of the band across the country from 1979 to 1991, The Replacements: Waxed-Up Hair and Painted Shoes: The Photographic History offers a rich repository of images snapped for alt-weeklies, fanzines, and college newspapers and which, in a pre-Internet age, never saw the light of day outside of the cities in which they were shot. In addition to rare gems of the band at their self-deprecating, adolescent, booze-fueled best, this book features the classic images of the band without which no Replacements book would be complete, as well as a selection of gig flyers, record label promo items, backstage passes, and other memorabilia gathered from collectors around the country. Arranged chronologically, each chapter includes a brief essay by a notable Minneapolis rock scribe of the era—making this the most complete and informed—and only— illustrated history of the band ever produced.