The Guitar-Geek breaks down the Chicago gear

For those interested, both of you, here is a rundown of the gear Paul Westerberg used on stage in Chicago.

Paul starts out with a classic Gibson Les Paul Jr, single cutaway, and a single P-90 pickup. Hard to judge the vintage-ness of this one, they were produced from the 50’s through the 70’s, with a reissue in the past few years. My guess is this is not a reissue. 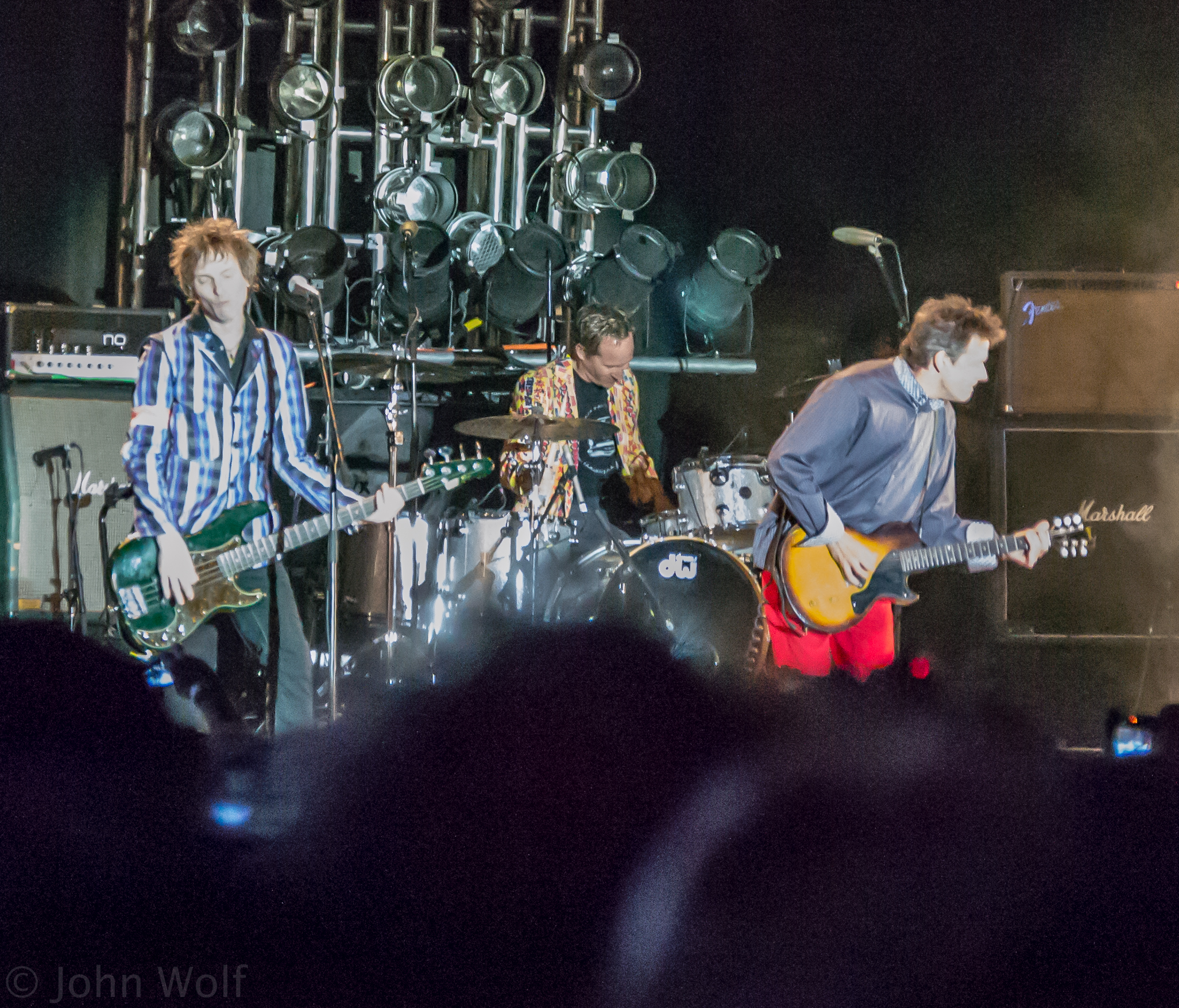 For I Don’t Know, he then breaks out a newer Gibson ES-355 with a hardtail bridge. I believe these were made in the past 15 years, and may be his favorite ‘brown guitar’ that he has talked about in interviews. It might also be the one Johnny Rzeznik of the Goo Goo Dolls gave him at one point. 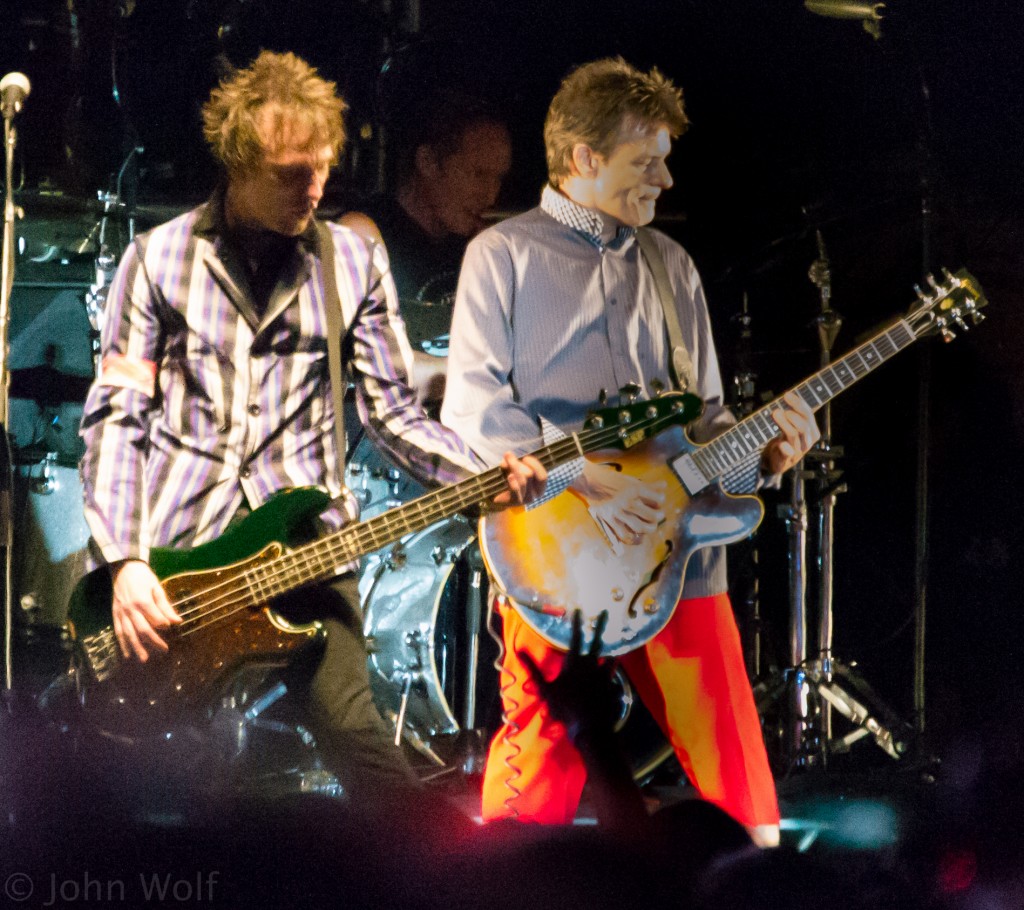 The next switch is for Merry Go Round, which brings out a ‘modified’ First Act ME-501. This is most likely the guitar purchased at Wal-Mart on the 2005 tour that lead to the Paul Westerberg signature model. 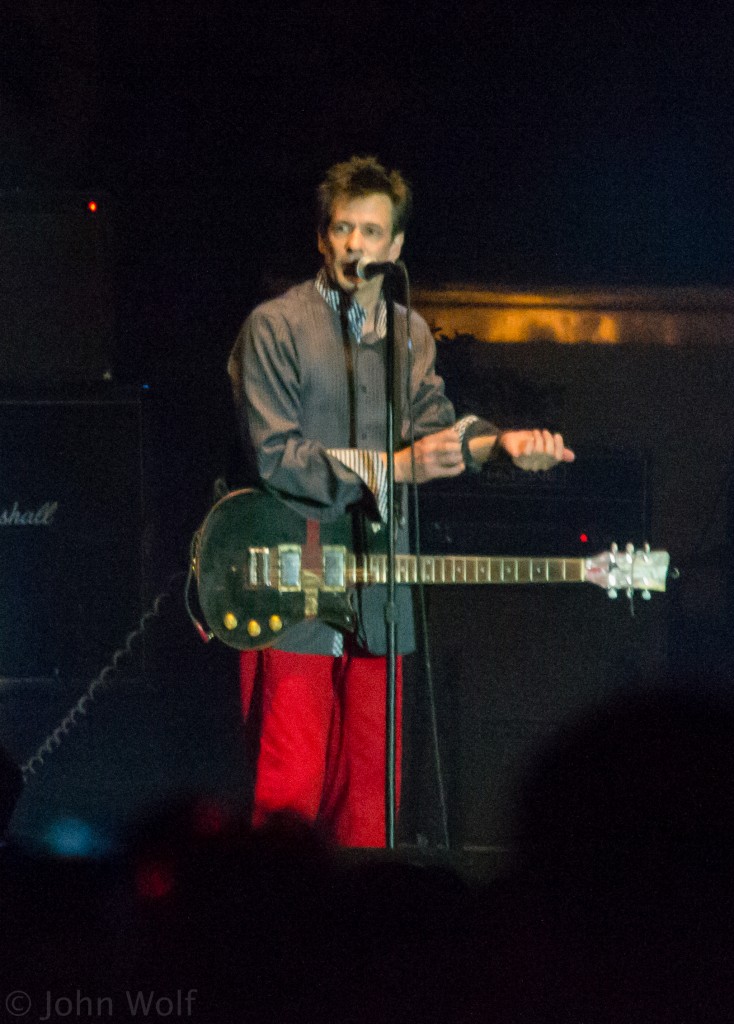 Up next is a Gibson SG Junior, with a hardtail bridge and a single P-90 pickup. Judging from the shape of the pickguard, this is an early 70’s guitar. (Compared to the beautiful early 60’s one he smashed at the Pantages in 2004, but I should let that go.) 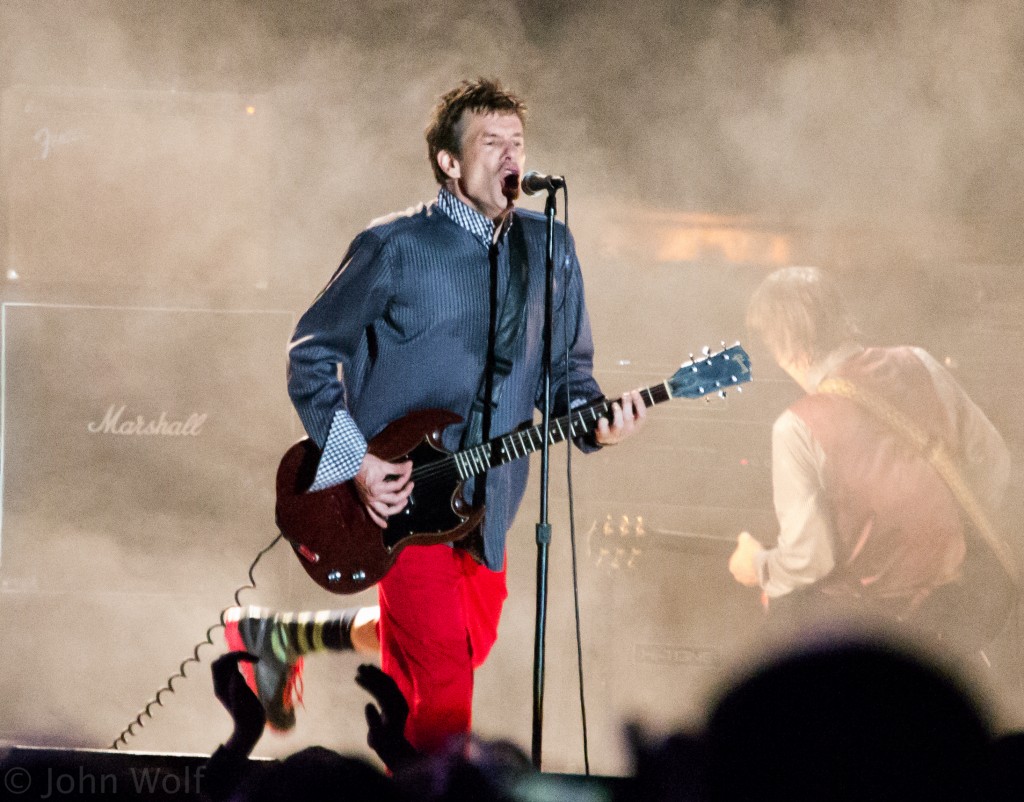 After this, it’s a return to the brown ES-335 for the rest of the night.

The amps are a little trickier. There were more stacks than players on stage, so this is just a guess. To the left of the drum riser is a Soldano tube head on a Marshall 4×12, to the right a Fender brownface combo on top of another Marshall 4×12. No idea if these are both also on, or only for specific guitars.

And for Tommy Stinson, he played his ESP signature model up until the encore when he switched out for an old Ampeg Dan Armstrong plexiglass. He had 3 Ampeg stacks on stage, 2 behind him, and one behind Dave Minehan.

Speaking of Mr Minehan, he appeared to play the same black 70’s Gibson Les Paul Custom all night through a Hiwatt stack, and what appears to be a Matchless head also stacked on there. Josh Freese played some drums. They had the letters DW on them. I am an ignorant guitar player when it comes to drums, sorry.