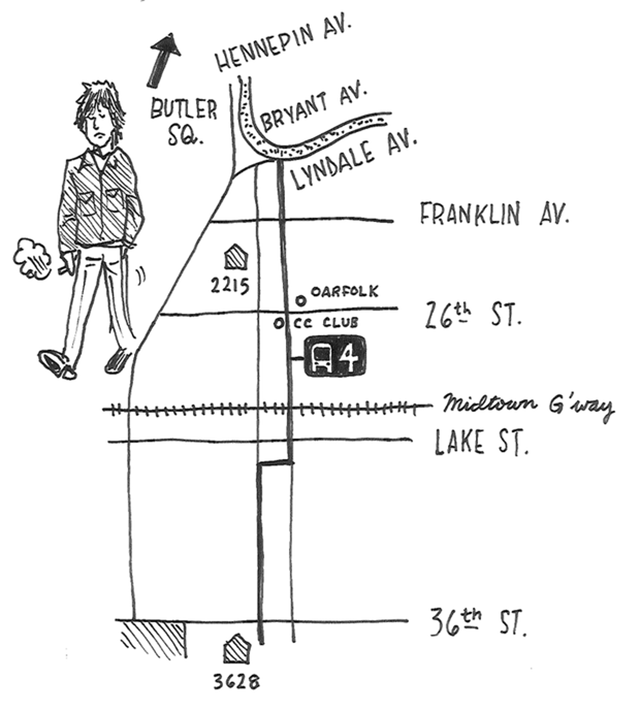 Raised in the City: Westerberg’s walk

What’s striking is how much of the Replacements’ lives occurred within such a relatively small area. None of the members of the Replacements, early on, had a driver’s license, and so their daily lives were contained within the boundaries of their neighborhood. A favorite anecdote in Mehr’s book is that when Westerberg finally met Stinson at a party in the neighborhood, he recognized him from the No. 4: “‘the stoned, weird-looking guy’ from the Bryant Avenue bus.”

Source: Raised in the City: Westerberg’s walk — and other Replacements sites in south Minneapolis | MinnPost