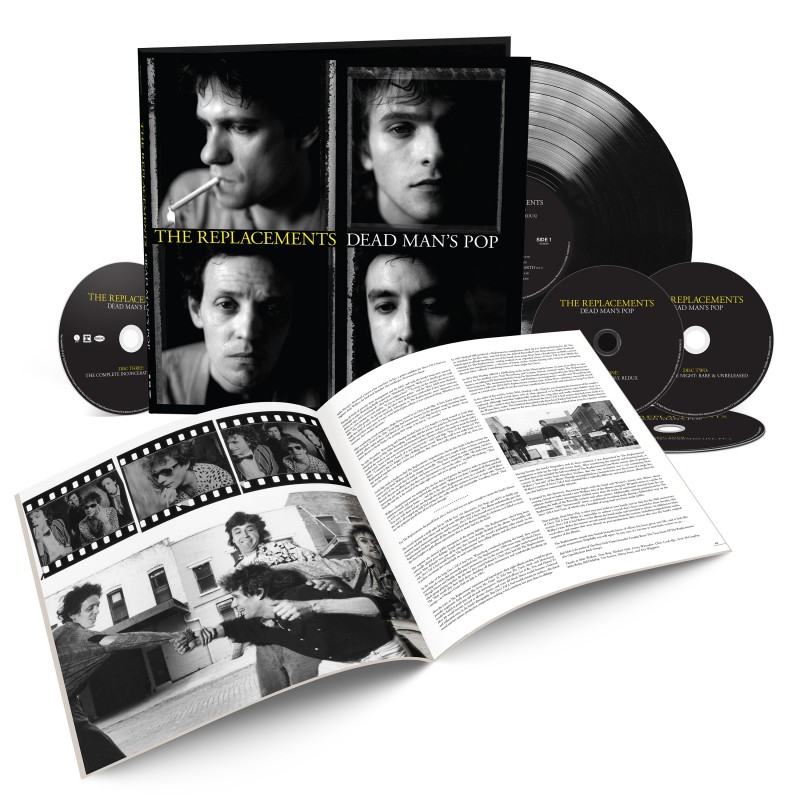 So the internet forced The ‘Mats coy hand and Dead Man’s Pop was officially announced this morning/last night.

For $80 (plus shipping) you get the Matt Wallace mix of Don’t Tell a Soul, a bunch of the Bearsville stuff + outtakes, and Inconcerated on four CDs, 1 LP, and a cassette. Plus more words by Bob Mehr about the making of DTAS.

So you gonna pony up the bucks for this when it’s released on September 27th?